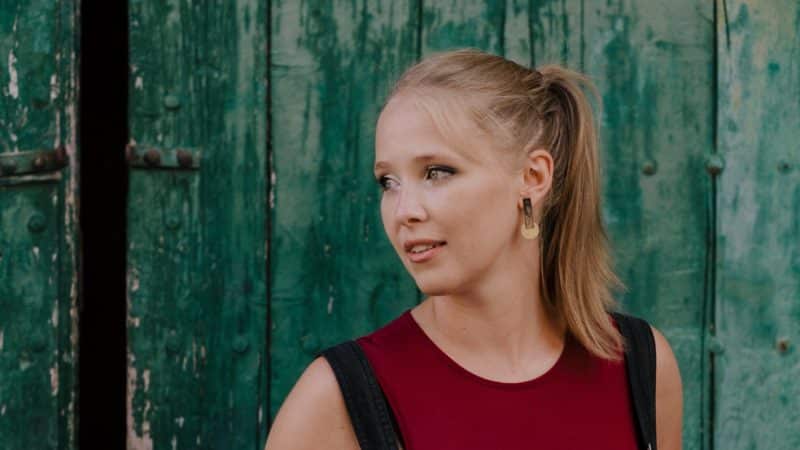 Dani Howard has been appointed as LCO Composer in Residence for the 2022-23 season, following Freya Waley-Cohen’s successful tenure in the post.

To celebrate the appointment, Howard will compose a brand new saxophone concerto for Jess Gillam to premiere during LCO’s 2022-23 season. Howard will also compose a variety of other new works for LCO, work with emerging composers on LCO’s relaunched LCO New scheme and the young people participating in LCO’s Music Junction project.

Dani Howard comments: “I am absolutely thrilled to be joining the London Chamber Orchestra as their composer in residence next season. The opportunity to develop several new works as part of their broader community of musicians, young musicians and audiences, is something I can’t wait to get involved with!”

LCO Managing Director Jocelyn Lightfoot comments: “The first time I heard Dani’s music was after a friend sent me a link to Chrysalis for cello and piano (2009) during lockdown. I was completely mesmerized and immediately listened to as much of her other compositions as possible. The variety of styles and the contrasting moods Dani creates is astonishing, and every piece is utterly captivating. At LCO, we are passionate about working with living composers who represent the present and future of orchestral music. Dani’s appointment marks the next step on that journey. She will be handed the baton by Freya Waley-Cohen, who has been an inspirational Composer in Residence this season and will continue doing great work with the talented emerging composers on our LCO New programme throughout the summer.”

The news comes as LCO continues its 100th anniversary celebrations with a series of performances across the capital, the release of several new recordings on Three Worlds Records, and a new book that charts LCO’s history written by Jessica Duchen.

Dani Howard is a British composer and orchestrator who is quickly gaining international recognition with regular performances across Europe, the US and Asia. In June 2021 she received the premiere of her Trombone Concerto with acclaimed reviews “an instant classic… lush… riveting…” (Richard Morrison, The Times) – with the Royal Liverpool Philharmonic and soloist Peter Moore. The piece received a Royal Philharmonic Society Award in the Large-Scale composition category, and has since seen the Irish premiere with the Ulster Orchestra, and will see the London premiere given by the London Symphony Orchestra in April 2022.

2019 saw her debut with the London Symphony Orchestra (a new commission for Cheltenham Festival conducted by Elim Chan), BBC Symphony Orchestra and a return to the Royal Liverpool Philharmonic with a new commission for the opening of their 2019-20 season conducted by Vasily Petrenko. Her debut opera with ‘The Opera Story’ premiered in 2019 “a sophisticated and incredibly beautiful piece that surely places Howard amongst the best of contemporary British opera composers” (Bachtrack). In 2018 she received her Royal Albert Hall Debut with the Royal Liverpool Philharmonic Orchestra performing “Argentum” – commissioned by the Royal Philharmonic Society and Classic FM, and has had her works performed by the NCPA Orchestra of China, City Chamber Orchestra of Hong Kong, Orquestra Clássica da Madeira, European Union Chamber Orchestra, National Youth Orchestra of Great Britain and Southbank Sinfonia among others, and was a composition fellow at the Cabrillo Festival of Contemporary Music (California).

Throughout 2020, she was commissioned by the Antoni Gaudí building Casa Batlló  in Barcelona, to compose an hour of music inspired by the spaces throughout the building, which will act as the new audio-guide for their ’10D experience’ launching May 2021. This project saw her record full symphony orchestra and percussion quartet at Teldex Studios, with members of the Berlin Philharmonic Orchestra, Berlin Radio Symphony, and Deutsche Oper Berlin, conducted by Pablo Urbina.