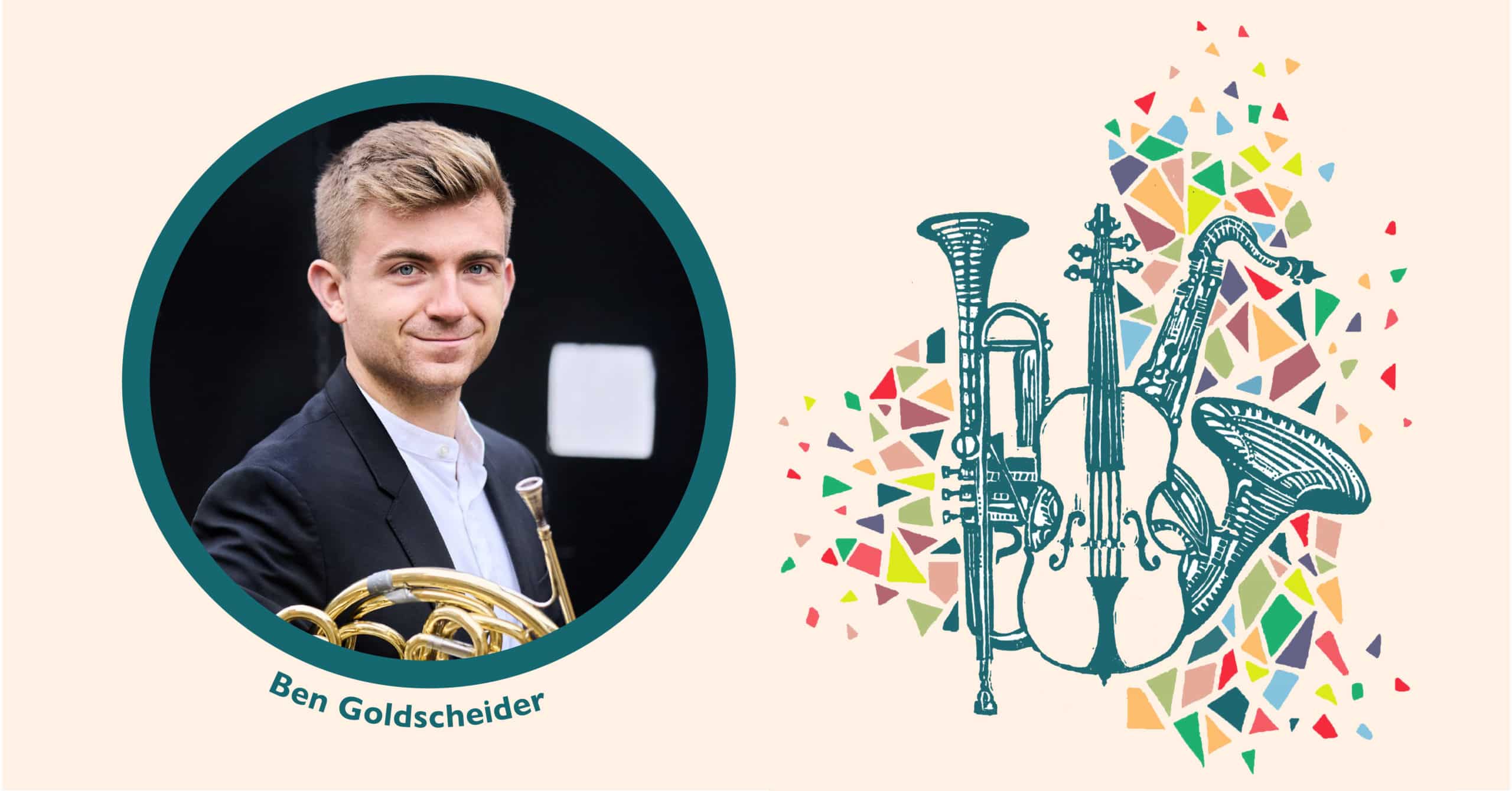 In discovering the phenomenal music of Ruth Gipps for the album Winds of Change, horn player Ben Goldscheider has become a lifelong fan. We believe you will be too when you hear the Wind Sinfonietta, taken from that release. Gipps trailblazed through a successful composition career despite battling huge discrimination against female composers. You’ll then witness technical and musical mastery as Ben Goldscheider performs not one, but two solo concertos for French horn and orchestra. The Guild of Hornplayers invited Timothy Jackson to write his piece especially for Ben, intended to be performed alongside Mozart’s Horn Concerto No. 3 (which just so happens to be Ben’s favourite of the Mozart concertos).  Mozart’s Jupiter symphony finishes the evening – a piece written purely for his own enjoyment as opposed to “work”. It is a winning formula as this is widely considered to be the best symphony ever written.